So I updated my site with a new theme that I saw Christos was using and I really liked. I am however having trouble finding the plug in that will allow me to get rid of the comments. If someone could help me out with that I would really appreciate it.

I have been able to get several recordings done for the “Voices of the Great War” section of my site. The method I took was first downloading the free program Audacity. It is very easy to use to record audio. I then set up a soundcloud account where I was able to upload the audio. From there I got the embedded code when I “shared” the audio and put it into my site exactly how I put in the timeline. I changed the height to “125” for a smaller and overall space saving look. It’s a very simple process and I hope to have more recordings soon.

I am posting some images for my time line here because you need to have a url to add them to the time line. 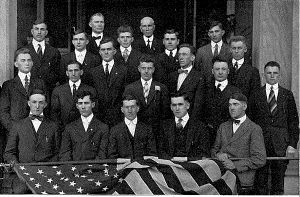 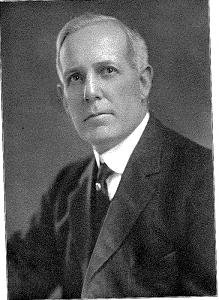 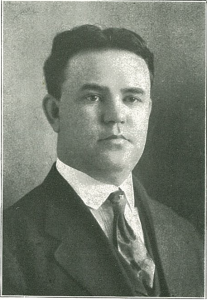 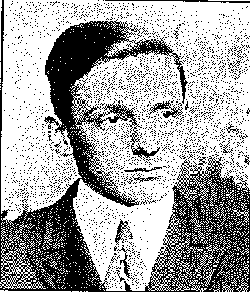 So while messing around with the idea we had discussed in class as far as mixing historic images with modern ones, I came up with this header for my site. I like the way it came out by I might change it at some point if I find better images. Either way as a starting header I’m very pleased with it. If anyone has suggestions on a change for it let me know. Or if you want help cropping images and such to merge them let me know and I’ll do what I can to help but it’s a pretty straight forward process.

So upon making it back to my university archives I began looking through the archived school news papers which have luckily been printed into book form making it really easy to navigate.  However, as you can imagine, there is a lot to go through for around four years of publishing.  I only got through the 1914-15 publications which did not provide too much insight into the general feelings towards the war. There were brief mentions of it in hopes that soon peace would be restored.  The most interesting finds in these were more pictures of the campus at the time.  Towards the end of my appointment I decided to skip ahead to 1918-19 to see what I had to look forward to and struck gold.  There were articles titled “Shepherd College at War” and issues printed in early 1919 included an entire list of every person affiliated with the school who served (some were highlighted even more in later issues), obituaries for those who died, information on the Spanish Flu, obituaries for those who died from the disease, and pictures of returning veterans.  More information on all of this will come once I actually get to diligently read through it all.

If anyone finds a name of a soldier who died in the war, they are easily found if they are buried over seas. Use the American Battle Monuments Commission website www.ambc.gov. It is very easy to use and if anyone needs help let me know, but the site is pretty self explanatory.  The information given is helpful too as it gives a date of death, regiment, division, and rank of each soldier.

If they are not buried over seas it will be harder to find, but your best bet is the site www.findagrave.com. This site is a little harder to use, but often times it is linked to ancestry.com searches.

This is the plaque found on Knutti Hall in dedication to those from Shepherd who fought in WWI. Listed are 13 names of men who “gave their lives for their country” and it mentions that 197 other men from Shepherd fought in the war. Upon researching (since I had a hunch that not even 197 people were enrolled in the school at the time) some of those who were named were alumni. So that goes into consideration of who is being counted into that 197. I am in the process of researching the names and hope to give further information on those listed. Furthermore I would like to find a list of all those from Shepherd who fought in the war. If anyone has any information on how to find something like that out it would be greatly appreciated, though I do visit the archives (finally!) on Tuesday, so perhaps I will find it there. There is also a plaque in town that lists names from various wars, but the two names listed under WWI are also listed on the first plaque.

I have a very basic vision for what I want the Shepherd University site to look like when the project comes together. As far as the overall look of the site, I enjoy how this blog looks so I would kind of like it to have an overall feel like this. Content will hopefully go as the outline below

I am also considering including community figures as part of the different communities instead of having it be its own category. But that will likely depend on how much information I actually get on the individuals in the community.

In addition I would like to include a timeline in the site. I was having trouble working it, but if I figure it out it looks like a very nice tool to utilize and just had an overall nice look to it that could allow the site to be interactive for the visitor.

Any suggestions on the categories or subcategories/ content will be appreciated. Also if anyone has tips for using the timeline tool I would really appreciate that.

All these photos are located in Shepherd University’s online collection available here. Future posts will likely single out each building giving a then vs. now view of each.

I wanted to take the time here to point out all of the following photos are of Knutti Hall which we are lucky enough to have interior photos of from this time period.

I am in contact with the head of archives at Shepherd University and they have not yet given me much information on the resources available. I would assume that the school newspaper, which was around at the time, has been archived and could be useful. But as we have only been here a week the extent to the material has not fully been explored. I also got in contact with the local historical society  in attempt to see what material they had on the time period. The head of the society said that the archives were too messy to handle and I wouldn’t find anything. However I hear from people who have worked with the historical society in the past that the head of archives there can work the collection very easily and I should try and get in contact with them directly. Furthermore I have discovered a plaque on campus of all the men from Shepherd who died in the war, which I should be able to use my ancestry.com account to find out more about them.  I also believe I am going to use information on Storer College I found on their contribution in World War I. This was an all African American college located in near by Harpers Ferry and is important to the story as Shepherd was segregated at the time. Race relations does appear to be a major issue in the area at the time as Birth of a Nation was shown in the local Opera House in 1916 and at the near by Antietam National Cemetery a separate section was devoted to African American Soldiers from World War I. This is ironic if you consider the history surrounding the battle of Antietam.